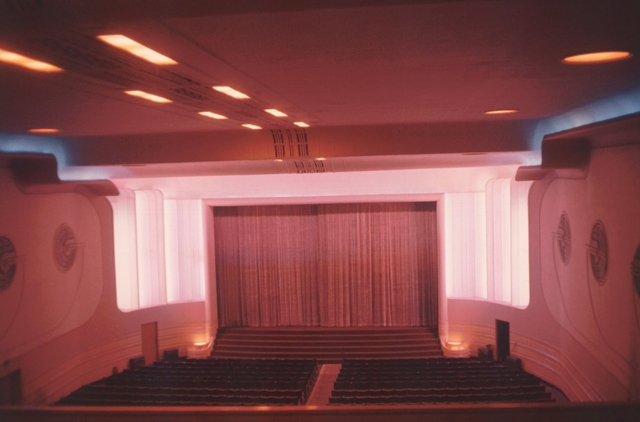 The round openings in the walls which were closed by decorative shutters which could swivel open to allow extra ventilation on hot nights were about the only feature that the Piccadilly and the slightly younger Capri auditoria had in common. Whereas the Capri had flowing lines, the Piccadilly, in contradistinction to its staircase, was rather severe, though changing coloured lighting effects made waiting for the show to begin a very pleasant experience.