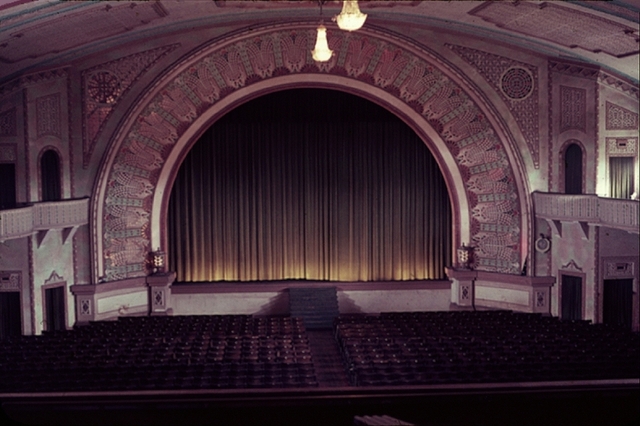 Dan Clifford’s Star Theatre circuit built many theatres, but in some instances made agreements with suburban councils to build and operate cinemas in their Town Halls. There was no compromise in their appointments, with the exception that the Stalls floor was suitable for dancing and civic functions. Banks of tip-up cinema seating were moveable but were otherwise similar to those in other theatres. The balconies were conventionally seated. The decor was of the same standard as in purpose built theatres. This fine interior was unfortunately destroyed in a fire, but the renovated building is now occupied by a large civic auditorium, as well as the smaller original hall at the first floor level nearer the Port Road which operated in silent days and was re-opened as a Windsor Theatre in the last years of the twentieth century.