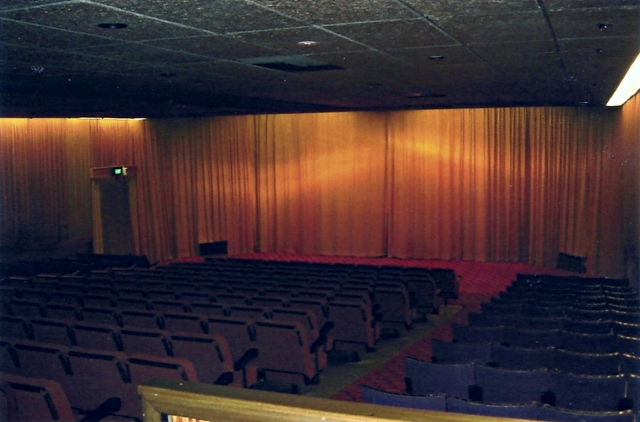 All seven pictures of the Cameo were taken by Samuel Dickinson a 13 year old theatre enthusiast and volunteer member of the staff of the Capri Theatre in Goodwood. The Cameo replaced the former Ozone Theatre and the Town Hall after a period when the town had only a drive-in cinema. Both of the former cinema buildings are still standing in 2012.