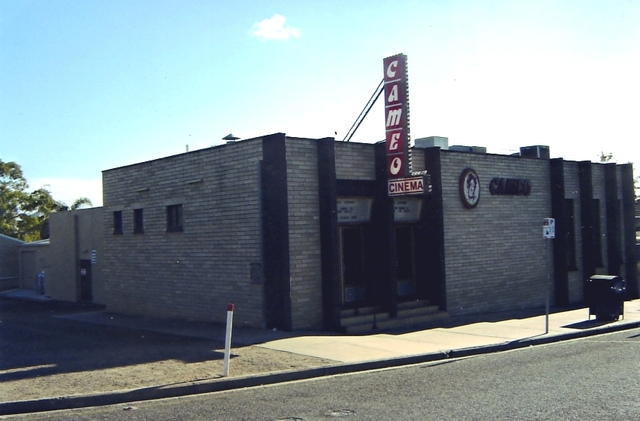 Both the Ozone and Town Hall theatres were situated in Bridge Road which leads to the first bridge erected, in 1879, over Australia’s most important river, the Murray. The very long iron bridge was imported in sailing ships from England. The Cameo is situated in a parallel street, not far from the shopping centre but is not immediately apparent to those who do not know the town. This low building houses a very comfortable and attractive cinema.