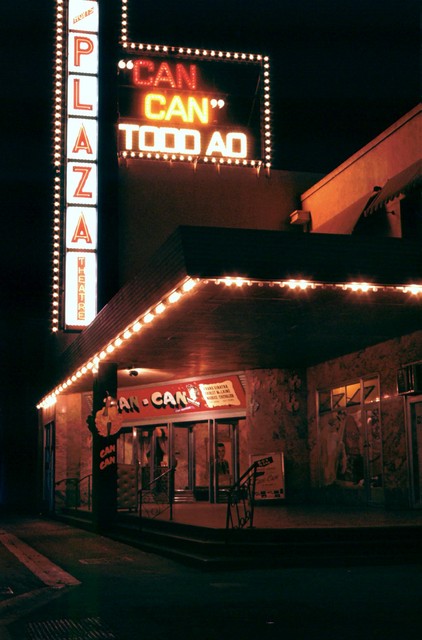 The elegant Plaza was transformed from the former Embassy Ballroom directly behind the Regent, the entrance of which was off Grenfell Street. To cope with this, a new entrance was built off Arcade Lane with a prominent sign easily visible from Rundle street and a line of illuminated balloons leading to it. Later a large ‘Paris’ sign was erected over the entrance to the lane. Much of the Embassy interior – particularly of the vaulted ceiling – was retained, and the facade and new foyer, both lined with marble facing, added an air of refined elegance. The Plaza/Paris was built to replace the Rex, demolished to make way for a multi-story retail complex. Kathryn Hepburn was a guest at the theatre’s opening.