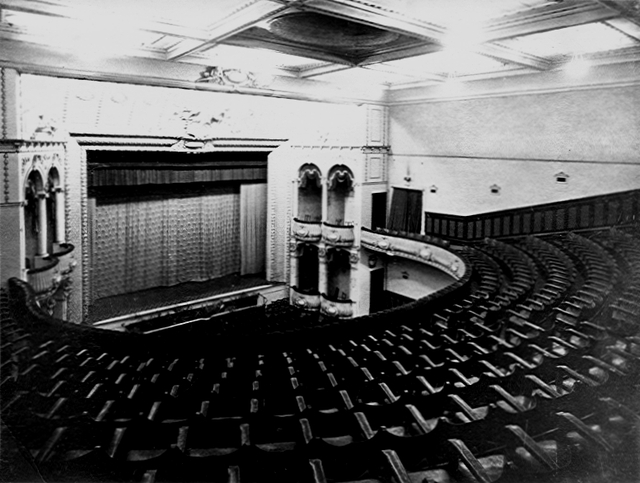 The Majestic was originally called the Tivoli. It was a legitimate theatre and frequently had seasons of plays and reviews between films well into the second half of the twentieth century. There was one balcony, and sight lines and acoustics were very good. In its final years it was redecorated in a modernized decor and renamed the Warner, specializing in films from that company.