The Civic Theatre, formerly the Wondergraph, latterly the State. 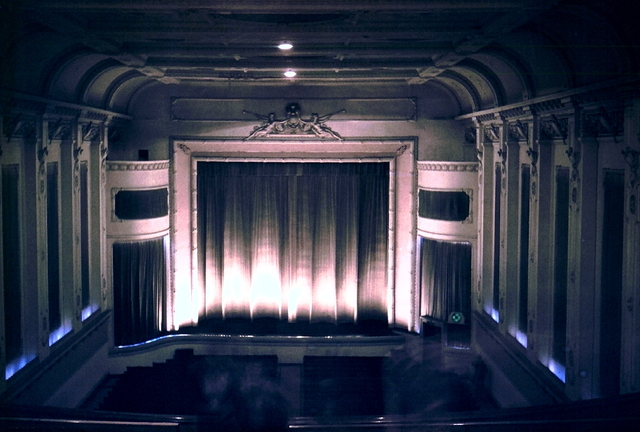 For most of its existence as a cinema the theatre was known as the Civic. It began as the silent Wondergraph, the proscenium of which (deep enough only to accommodate the curtains) and the screen, painted on the back wall, were briefly visible when the Civic was being gutted to be made over as the minimalist wide-screen State. I rushed home for my camera, but was too late to take a colour photograph of it. Fortunately, there is an extant black and white photograph of a theatre which had a very highly regarded orchestra and was the venue which showed ‘The Jazz Singer’ in Adelaide. The Civic was refurbished as the New Civic by removing plaster ornamentation and the murals from the side panels. It is shown in this form here.