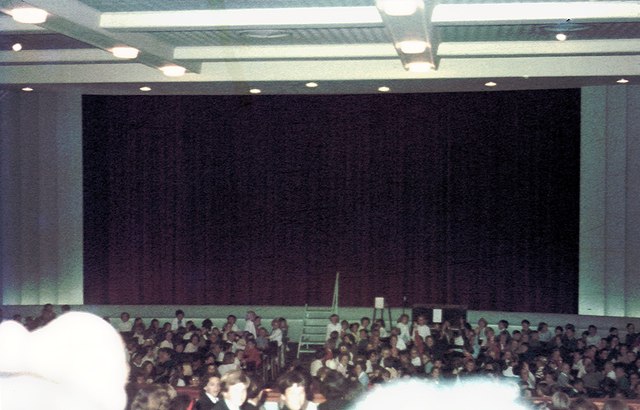 I took this picture during a rehearsal for one of the annual S.A. Public Schools' Music Festivals of which my Head Master father was Secretary for many years. I never entered the theatre again, as its refurbishment was in the minimalist style favoured by Greater Union for a short time before they mercifully changed to a neo-classical style. Oh that the alterations to the Sturt and State in the city and to this one had not occurred a year of so later! Glenelg had a third theatre, the Seaview, in Colley Terrace. It had a silent era Photoplayer, and later became Australia’s first pinball bowling alley, still using pinboys almost until it closed.