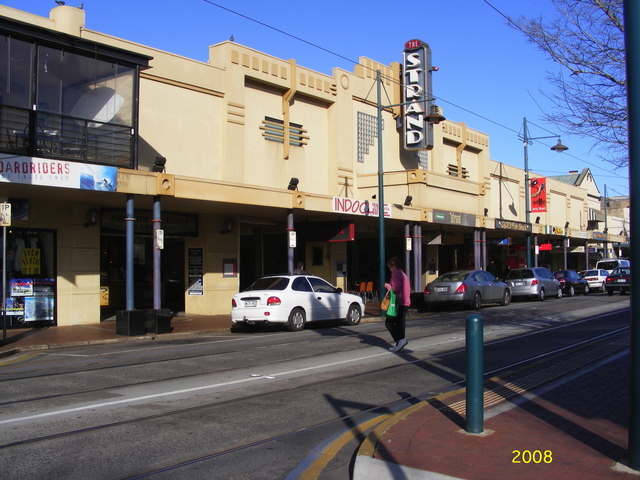 Located in the south-west Adelaide suburb of Glenelg. The Strand Theatre was operating prior to 1951, and continued until at least 1957. It was later re-named Village Theatre.