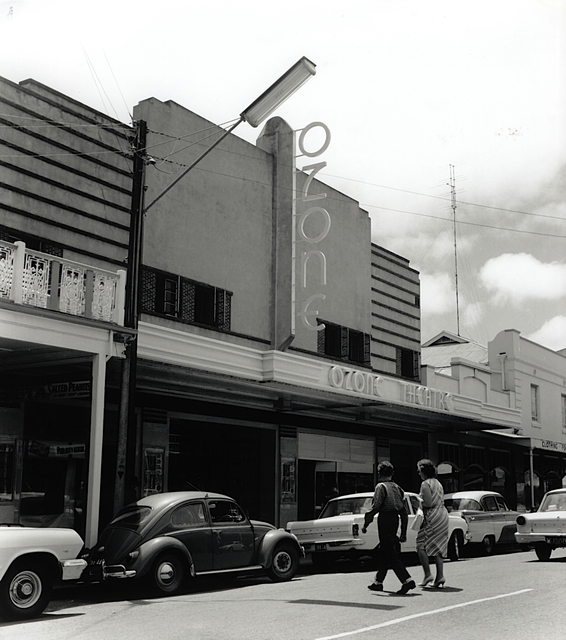 Opened by local interests, the Victor Theatre was soon sold to the Waterman’s Ozone Theatre chain. Its first manager/projectionist, Victor Harbour born Alan Woodard, is alive and alert at 101 years of age in April, 2012. A qualified carpenter and cabinet maker, Alan virtually rebuilt the Ozone after a disastrous fire which spread from the next-door shop’s waste bin, while still running movies in the nearby but abandoned Wonderview Theatre, which he had also to equip for sound. He collaborated in this with the Adelaide architect, Kenneth Milne, and later went on to do the same in the Qzone Marryatville, later the Chelsea and now the Regal.