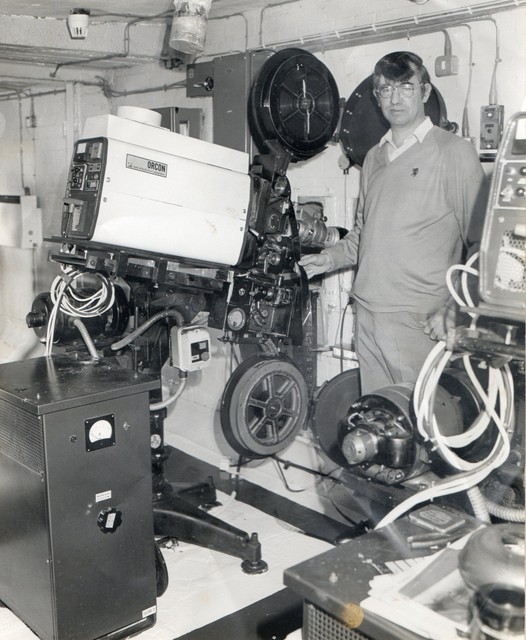 This is one of myself up in the box during the celebrations 1986. I was working up here on my own even before we had single manning equipment, but it was easier than in some projection equipment such as the Coliseum porthmadog where I’ve done some relief work, where the house and stage dimmers are far from the curtain control & sound switchover from cd/tape to film, which caused a bit of a delay when you had to run from one end to the other when starting the show.