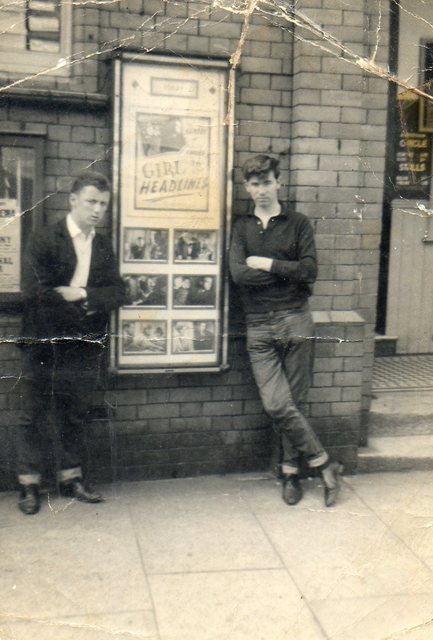 The Neuadd Dwyfor (the English translation is ‘Hall Dwyfor’, Dwyfor being the name of the administrative area around Pwllheli). It opened as the Town Hall in Spring of 1902, with the first show being "Aladdin". The auditorium, seating around 600, is located upstairs on the first floor level of the building. Magic lantern lectures were held in the building and also some early cinematograph performances. By 1920 it was operating as a full time cinema. The proscenium was 25 feet wide. It has a ‘U’ shaped balcony, that has five rows of seats on the three sides.

Taken over by the local Council in 1974, it became the Town Cinema. It was refurbished in 1993 and re-named Neuadd Dwyfor, and now hosts stage productions as well as films.

Thanks Mike I hope to include some more soon.

Seems like the Colisseum in Porthmadog, this venue is in trouble as well! The council have suggested the venue if losing £150k per annum, which they cannot afford in the current financial climate and they are looking for a private organisation or person to take it over and run it. Any volunteers?

The name Neuadd Dwyfor was not adopted in 1974 when the cinema was taken over by Dwyfor District Council,as suggested by Capelmawr they kept the name Neuadd Y Dref / Town Hall.for their entire reign. It was Gwynedd Council which came into being in April 1995 that renamed the building to Neuadd Dwyfor, heven knows why as it was built by the old Town Council, also I’m not sure where the glass cages surrounding the projectors on display in the foyer are supposed to be situated as I erected the equipment on my own a few years before I retired.

Mr W J Kenny (Billy). the cinema’s former manager has sadly passed away at the age of 80. He started his cinema career at the age of 14 as a trainee projectionist at the former Palladium Pwllheli,where he worked for 10 years (Interrupted by national service in the british army. He carried on as a projectionist in the services as well.

He was working as the 2nd projectionist at the Palled when the post of Chief Projectionist came up at The Town Hall Cinema, (now Neuadd Dwyfor) in 1955 at the time of the cinema’s refurbishment and transistion to Cinemascope.

When Dwyfor Council took over fro Pwllheli Corporation in 1974, he became the manager, previous to the council’s reorganisation the borough treasurer was acting manager.

He began a succesfull Children’s Theater in the late 70’s (Theatr Plant Pwllheli) which carried on for many years. He retired in September 1993 at the age of 62 when the building started on it’s second refurbishment.

Trying to make out the sound head on Projection Equipment is It a BTP soundhead and a Kalee 11 Head.. I had this system in “The Plaza Bromyad” in the early 70’s

Hi again Mike, tried looking for your cinema, it does not seem to be on this site.