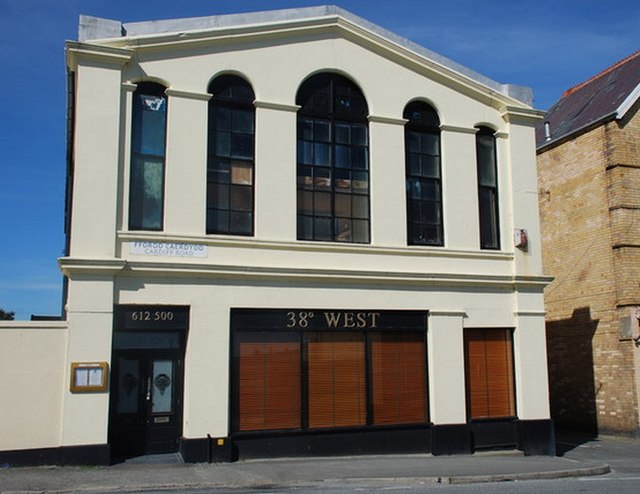 It was in the Assembly Rooms that Soloman Andrews first introduced permanent film shows to Pwllheli in this first floor hall he had built behind his West Beach Hotel. The ground floor was in fact a stable for the horses which pulled his trams. Fred E. Young was the man he employed (as his entertainments officer) for the purpose. Young had earlier been involved with showing films in Aberystwyth, at the Rink Theatre and the Pier Pavilion. These film shows included films that Young had shot himself around Pwllheli and included films of the Pwllheli Horse Fair and sports events he had organised around about under Soloman Andrews guidance.

It is not known when exactly the shows ceased, but certainly by 1910 they had long stopped. The Assembly Rooms building still stands today with a cafe where the stables once were.