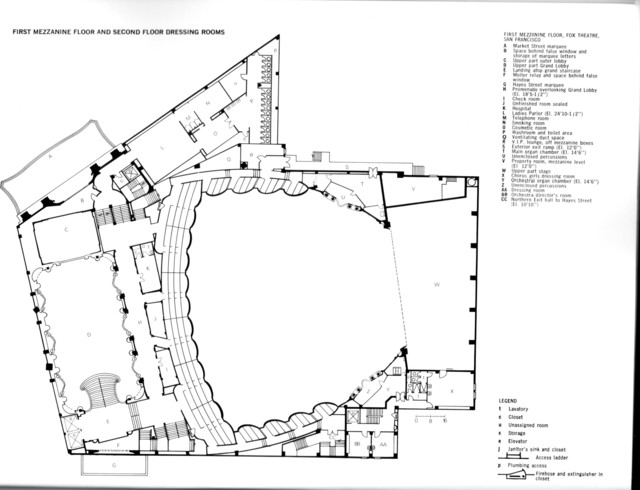 I wonder if the back wall of the relatively small and odd shaped stage had NOT been smack dab against the sidewalk on the Polk Street side of the building, if something could have been done to enlarge the stage and possibly save this gem? The Paramount in Oakland does not have that problem BUT it appears to be a solid and thick concrete wall. I doubt that the City of Oakland could have afforded the complex rebuild of that wall. Fortunately they didn’t lose that theatre. In fact they finally reopened their Fox Theatre.