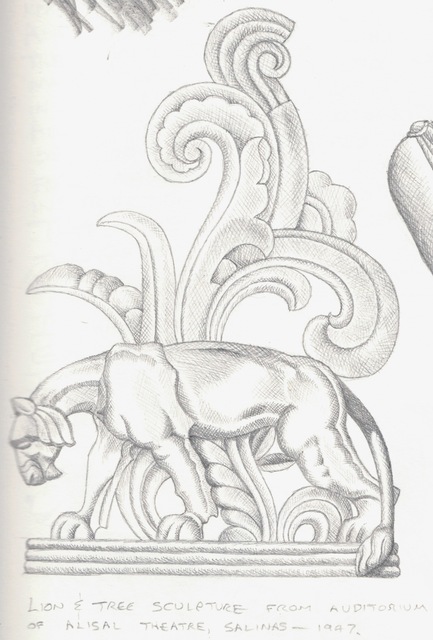 Mid-1980s sketch I did from a published photo of one of the two lion sculptures which flanked the proscenium of the Alisal. A pair of identical statues was installed in the Alex Theatre in Glendale when it received its Skouras era redecorating. At the Alex, I saw one of these lions preserved and on display in the lobby when I was given a tour of the theater in 1996.