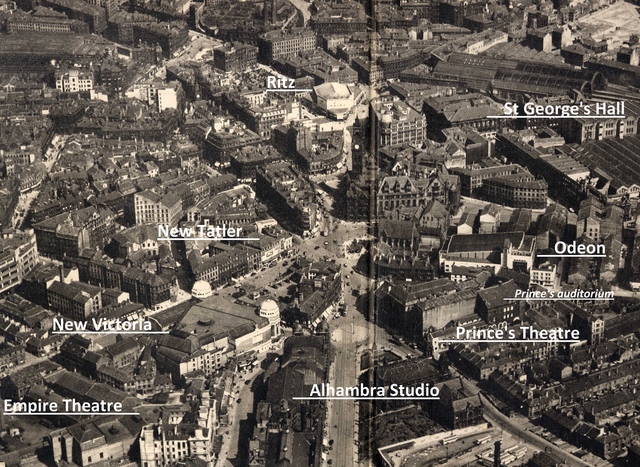 The Odeon was on Manchester Road but not near the large open area of Town Hall Square.

The sites of the Regent, Savoy and Theatre Royal are off to the left about three-quarters of the way up the photo.