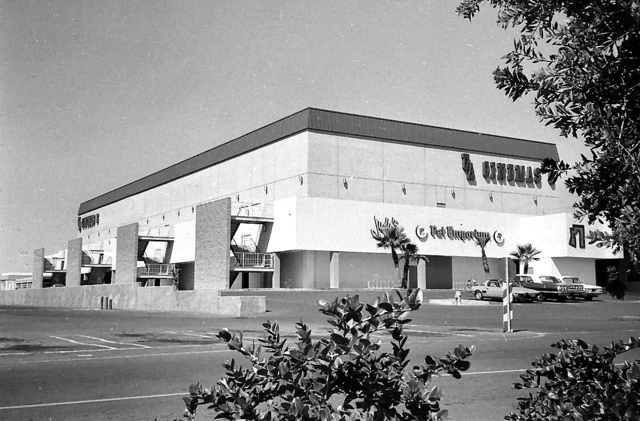 Old West-style font was pervasive in the 1970s—particularly at amusement parks and shopping centers in the southwestern United States. In addition, United Artists Theatre Circuit here mimicked industry leader at that time General Cinema Corporation’s penchant for minimalist “cinemas” signage (though GCC signs were even more generic then). UATC houses (“theatres”, “cinemas”, and “movies”), starting in 1989, were all re-branded with a single new logo that likewise dated.