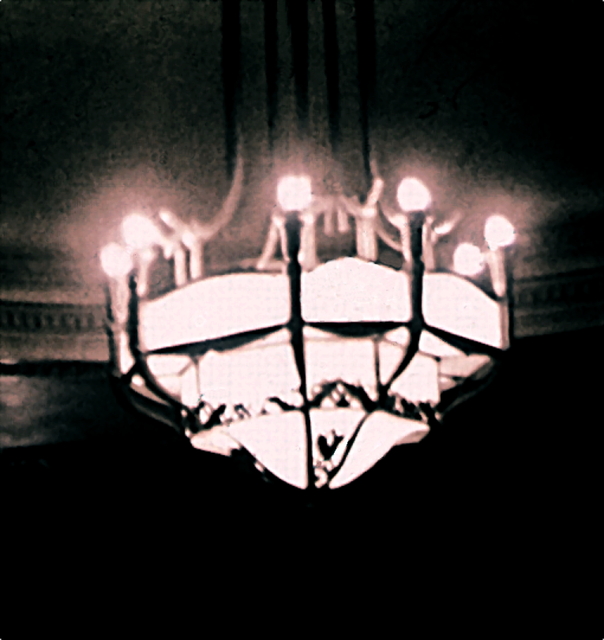 This lumiere was one of the few Art Deco appointments of the Victory. In similar (Regent) theatres, it would have been a large Austrian crystal chandelier, and indeed elsewhere the Victory was replete with them as can be seen in the photographs on this page. The much larger lumiere in the central dome of the auditorium of the first Melbourne Regent was of similar style, though it was surrounded by chandeliers in the eleven subsidiary domes which surrounded it on the three sides away from the proscenium. The Melbourne Town Hall has similar art deco light fittings.