Pylons at entrance to the northern Stalls Aisle. 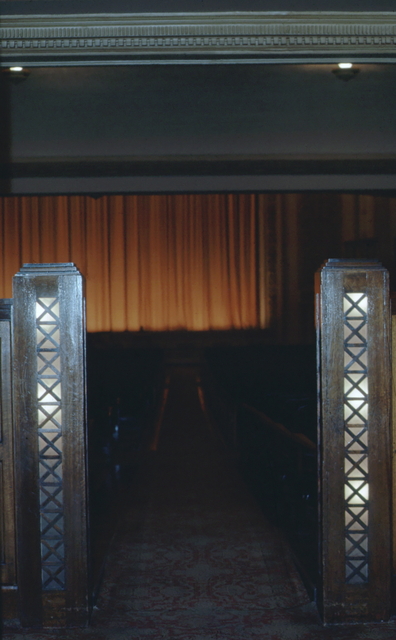 In the late 1920s and early 30s built Ballantyne designed theatres illuminated pylons helped patrons to orient themselves after the auditorium lights went down. As an aside, I would point out that they were theatres, not merely cinemas. All of them had fully equipped fly-tower stages and dressing rooms for live performances, though they were primarily intended for the exhibition of films.