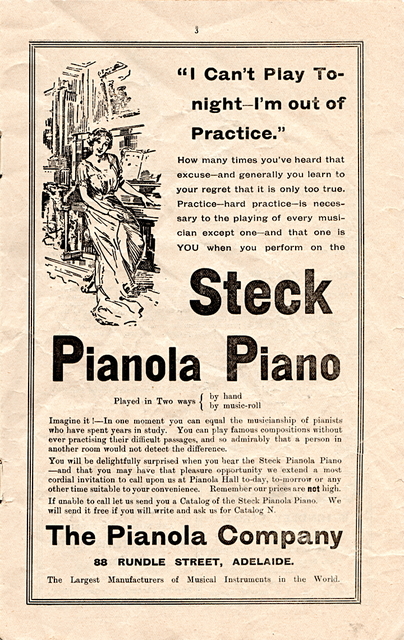 A bygone era! Even if there was no-one able to play the piano, people could gather around the pianola to enjoy a sing-song. My Mum could play well, and many a night during World War Two was spent singing popular songs such as ‘South of the Border’ …. …Down Mexico way…., and Vera Lynn songs like ‘There’ll Always Be An England’ and ‘The White Cliffs of Dover’. We were half a world away from what was then very much our mother country, but most Australians were proud of their British inheritance.

We always stood to attention for a filmed rendition of ‘God Save the King’ at the beginning of every session in every theatre. It wasn’t required by law, but very few would have dreamed of failing to honour King George.