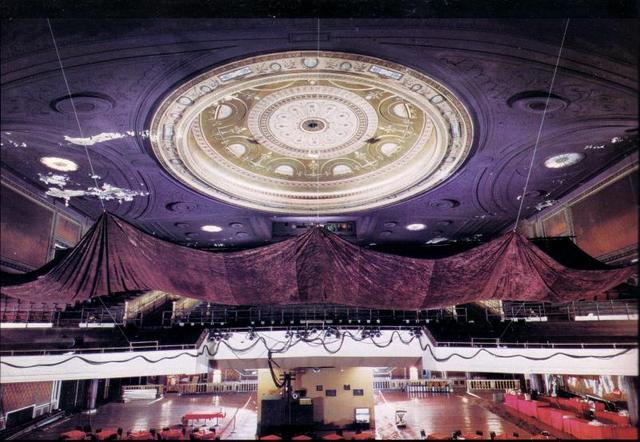 The auditorium in 1975. In this view from the stage the Cinerama projection booth can be seen under the balcony. Also, the front several rows in the center of the balcony had been cut away to allow for the projector beam to hit the large Cinerama screen properly. Loew’s, at the time of the Cinerama installation, had spray painted the plaster surfaces charcoal gray except for the dome as part of an on-the-cheap ‘redecorating’ job.

The Playhouse Square Association, then operating on a shoe-string budget and largely dependent on donations, was using the main floor for a musical revue, allowing the public to see the deteriorated condition of the space, and the results of some restoration work going on (not visible in this photo) and be inspired to donate to the cause.