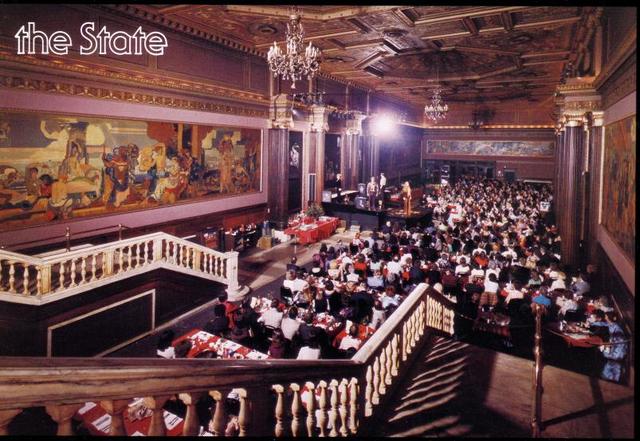 The main lobby, about 1974, during a performance of ‘Jacques Brel Is Alive And Well And Living In Paris’. The space was large enough to seat 400 people for dinner. At the far end of this 320 foot room, beyond the glass doors, is the outer lobby, itself nearly 200 feet long, but more narrow and having a lower ceiling. Beyond that room is the front entry vestibule. Altogether, the distance from the the auditorium doors to the Euclid Ave. curb is about 600 feet.