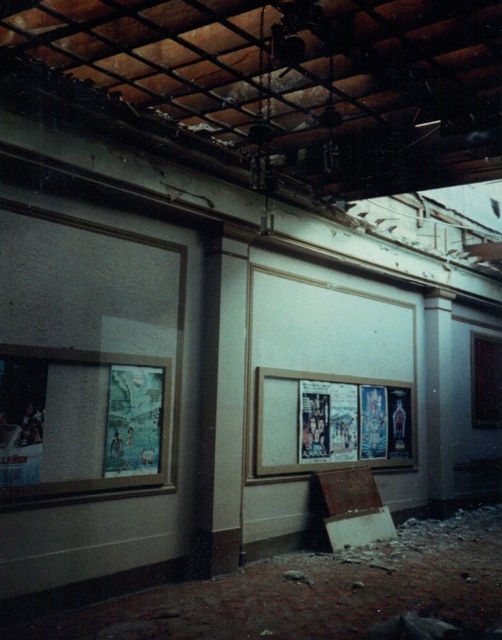 A 1990 view through the entrance doors of the lobby, showing damage caused by the brick wall of the adjacent taller building next door landing on the lobby. Cleanup had already begun. This view shows the original Tuscan pilasters which lined the lobby, and the inset framed panels which, according to some accounts, originally held murals. This space was remodeled out of existence when the lobby was converted to restaurant use, and the theatre entrance moved around the corner to Maple Street.