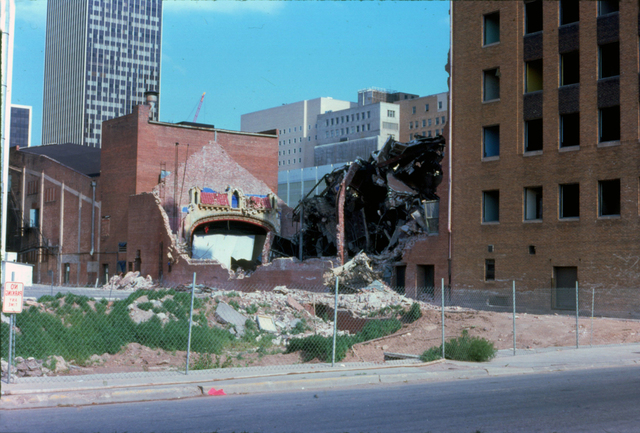 Cooper Theater was built back to back with the Midwest and can be partially seen in this photo…back stage to back stage. Both theater’s were closed and demolished in the 1975 – 1976 time frame..

Well put Cliff! Both theaters were first rate, first class, first run houses until new owner’s resorted to conversion to Adult, X rated houses toward later 60’s. It is felt that the City made them part of the Urban Renewal for that reason…They could have been saved in my openion and turned into Art theaters but, City wanted to demolish as nothing replaced there location for the most part it is simply parking area…Poor planning by very narrow minded officials.