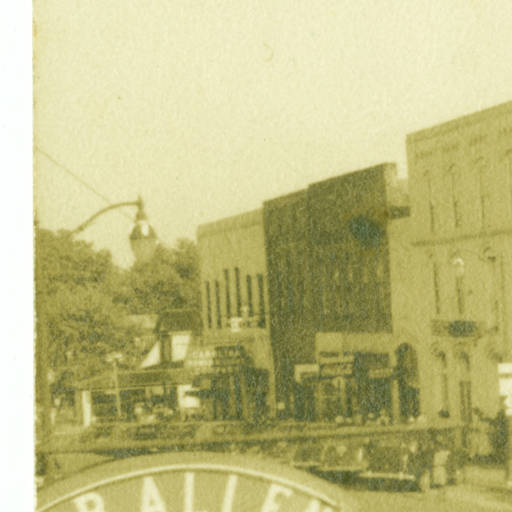 The light colored building at the far end of the photo is where the theater was located, the left store front.

In 1891 the building was new and the top floor was city hall and an opera house. The Lyric theater opened there before 1913 but in that year L.L. Drake bought the business. In 1920 he added a balcony and in ‘21 added the third electric sign in town. It was remodeled in 1925 when the Ansonia opened and Drake owned them both. In 1937 it was remodeled again and opened as the Ansonia #2 and was an all white theatre. It opened and closed several times but always owned by Drake. In the 40’s it opened again for the Army maneuvers that were held in Anson County. In 1946 it was sold, remodeled and opened as the Wadesboro Theatre.