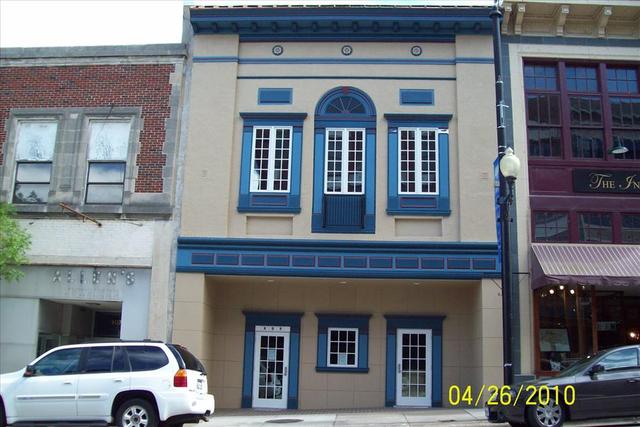 The facade as it looks like today. The current building owner restored as much of the original facade as possible. This facade was hidden under a dark green slip-cover facade since 1964. If you look at the original 1920 facade rendering you can see that the building retains much of its' original lines, even after the 1930’s updates by Mr. Lea when it was converted into an Art-Deco style theater.