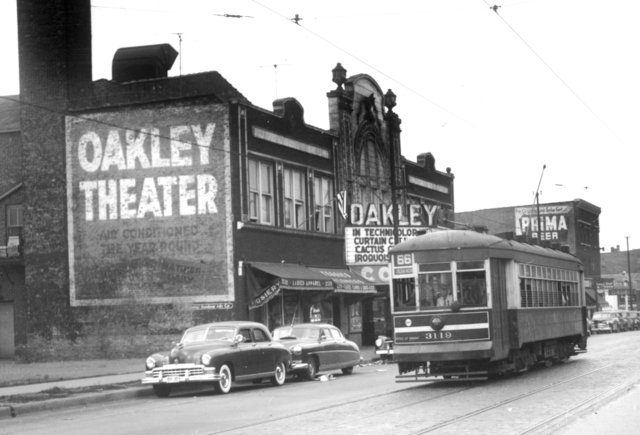 Almost exactly three years before August 31, 1953, when the Oakley would be destroyed in an explosion and fire, all seems quiet on Chicago Avenue as a streetcar heads west past the theater.

Gale Storm, of course, would go on to star on TV in “My Little Margie,” and do her best Smiley Lewis impersonation in ‘55 with her hit version of “I Hear You Knockin’” at the dawn of rock ‘n’ roll. Eve Arden also would find success on TV as “Our Miss Brooks.”

The backup on today’s twinbill is “The Iroquois Trail,” with George Montgomery, Brenda Marshall, and Reginald Denny.