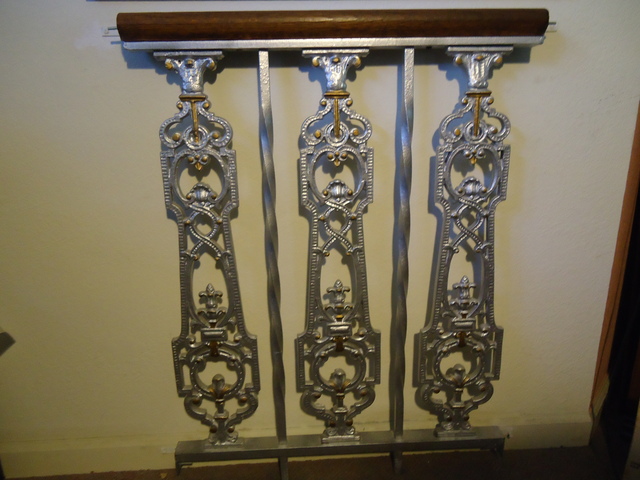 This is a small section of Mezzanine railing from the Midtown Theatre in my collection, in addition to the two light fixtures also displayed on this page. This was one of several short sections which were located between paired pillars on the Mezzanine. there were also much longer sections of the same railing surrounding the “well” that was over the twin staircases leading from the Lobby to the Mezzanine and Balcony. The same railing went up the stairs as well. I understand that at least some of the salvaged railing elements were sold with the idea that they would be reused in a custom home. This railing dates from the theatre’s construction as the Riviera, unlike the light fixtures, which date from its late 1930s redecoration and renaming as the Midtown.