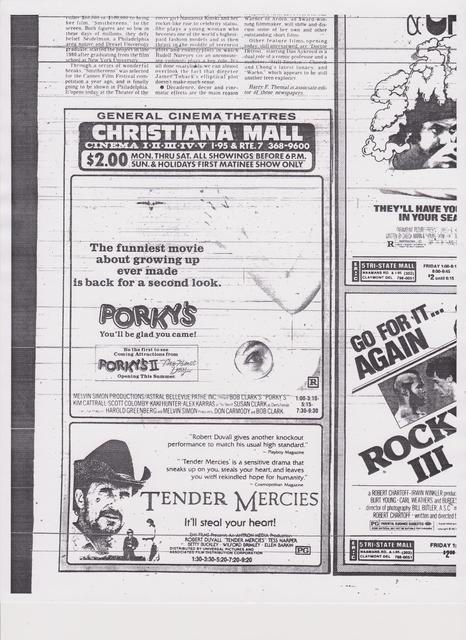 Christiana Mall’s Cinemas opened in the late ‘70s as I recall and went down there from the suburbs of northern Wilmington many times to catch bargain matinees. I saw countless movies at the Tri-State Mall Cinemas. Initially it was only a twin theater. It eventually became a triplex in the late 1970s.