1969 - Projectionist at the Charro Drive-in 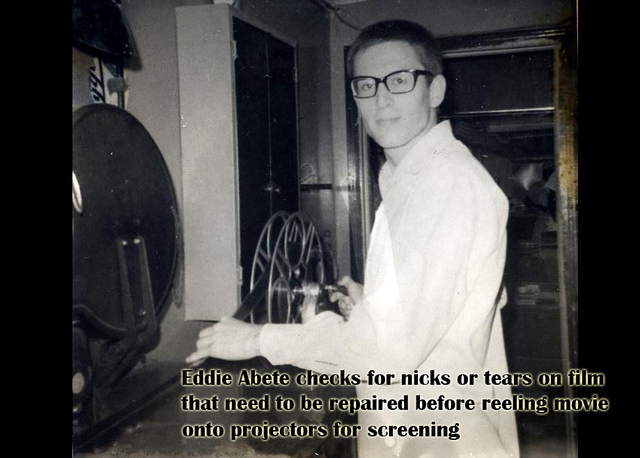 Eddie Abete III’s father was one of the last owners the Grande Theater and his mother Carmen worked at Interstate’s Majestic Theatre when it opened in 1945 and later, the Northpark multiplex in the late 1970’s.