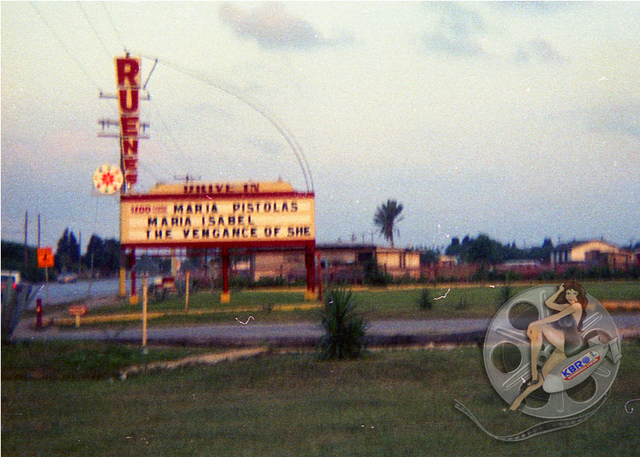 The drive-in was bought by Ramon Ruenes Jr in 1965. It was previously the Fiesta which showed Spanish and English movies. It was on 29th St and Southmost Rd. An H.E.B. supermarket replaced it in the early 1990’s. Photo by Ramon Ruenes Jr courtesy of Ricardo Ruenes.