Now at the Loews Theatres in the Columbus, Ohio area 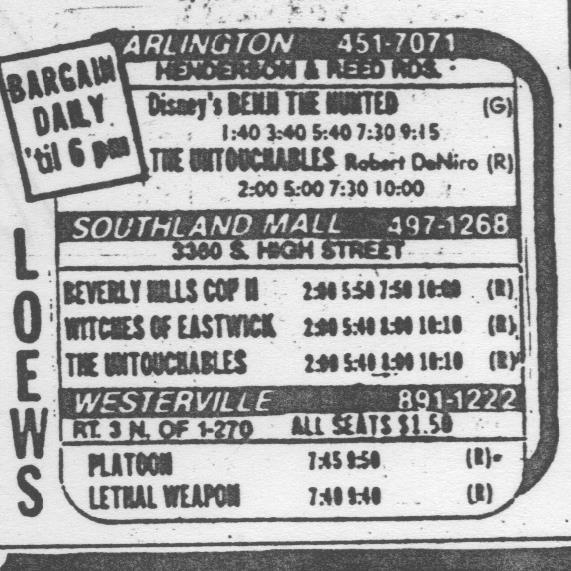 Of particular interest to the film exhibitors are three movies that feature stars that ranked in the top ten Money Making Box Office Quigley Poll for 1987. Continuing his “Axel Foley” franchise, Eddie Murphy was number one for the year. The first “Lethal Weapon” film helped Mel Gibson place in the tenth spot. Cher was one of the “Witches”; she made the number nine position.