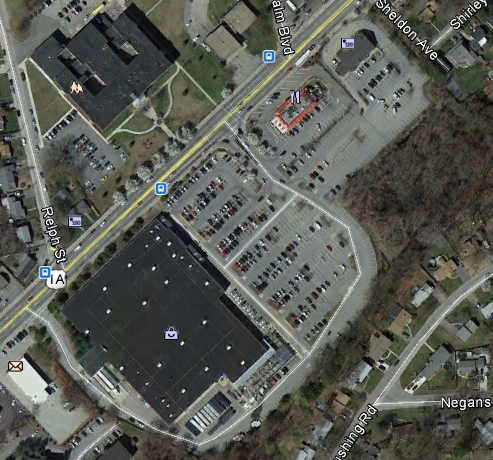 The former Warwick Cinema site seen from satellite in April 2012. In approximately 1996-1997, the entire plaza was razed to make way for a new Wal-Mart. Only the previously existing McDonald’s and Citizens Bank remain from prior to Wal-Mart. The Citizens Bank branch was relocated from the plaza into a newly built stand-alone building shortly before the demolition.