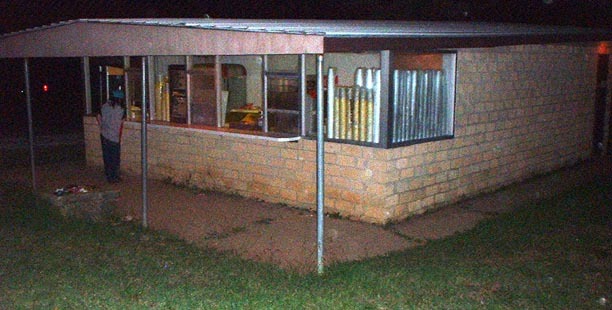 The snack bar in 2004. The Stone Drive-In Theater in Mountain View, Arkansas has been operated by the same family since it began in the 60s. Grandpa Shorty built the drive-in, used to go from town to town playing films from an old projector out of the back of his pickup truck. The drive-in is the same as it was since its opening and he passed it down to his son, Bobby. Bobby and his family have run the drive-in for nearly 40 years.