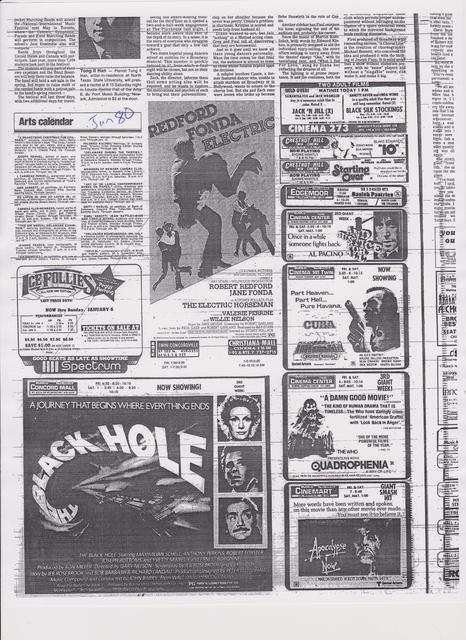 Ohhh, yes. I was an inveterate newspaper film ad clipper, too, during this era, and have many of these ads from the Evening Journal as I grew up in Wilmington in the 1970s. Pretty sure I saw The Black Hole at Concord Mall Cinema, and I absolutely remember seeing Apocalypse Now at the Cinemart, having already seen it before at the Ziegfeld in NYC. The print at the Ziegfeld had no credits, but a nice program was handed out for patrons listing all credits. When the film showed finally at places like the Cinemart, end credits were tacked on against a backdrop of napalm bombs dropping.