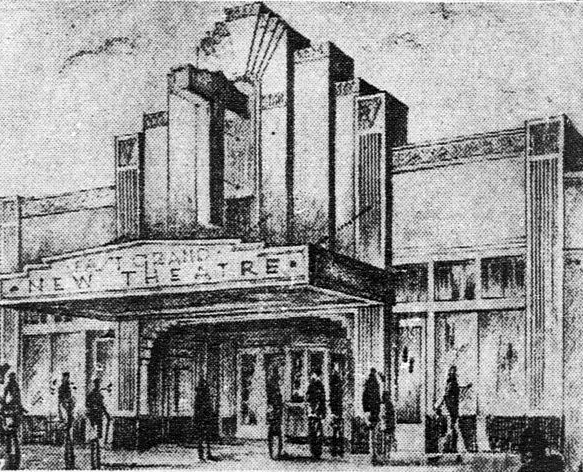 The East Grand’s second iteration began with this remodeling and re-opening in January 1932 with double its seat capacity from 400 to 800 after a four month remodeling effort. The new East Grand would run 20 years until most likely April 29, 1952 when its final ad appears in the newspaper with “last day” which – while not too uncommon – has no further bookings or mentions thereafter.