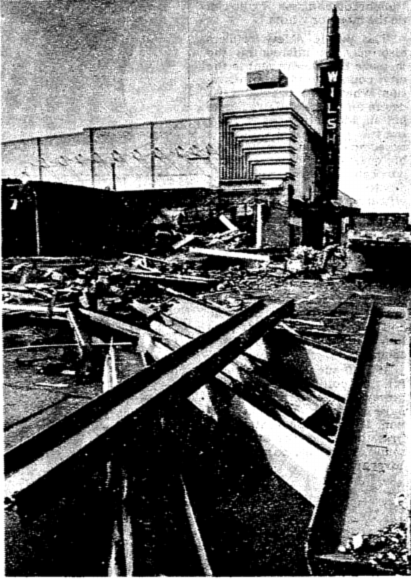 The 832-seat Wilshire Theater stayed in the Interstate portfolio during its entire operation from Oct. 4, 1946 and the feature “Rendezvous with Annie” to April 23, 1978’s final showing of “Casey’s Shadow.” As the twinning era was in vogue in the mid-1970s, Interstate knew that the land at Mockingbird and Skillman was much more valuable than extending the life of its 32-year old theater which was profitable during its entire run. So on January 23, 1979, the theater was demolished and replaced by a gas station that as of the 2010s was still in operation.