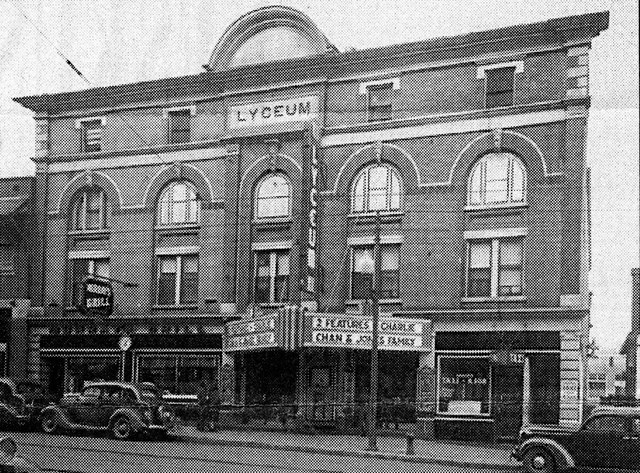 The Lyceum Theatre(the building still exists today across from the Prince Arthur Hotel) built in 1909, 101 years ago was a very modern for its day brick and stone opera house and the first to be considered an architectural asset to the city. The Port Arthur Daily News praised it as “one the finest opera houses in Canada and certainly the most complete playhouse between Toronto and Winnipeg, actually surpassing many theatres in those two cities in beauty of design, and taste of finish.” No effort was spared in making the Lyceum a first class vaudeville theatre. An interior decorator from Chicago was employed and a Detroit scenery specialist supervised scenery arrangements. George Taney organized the opening night program as seen above which included Eddie Leslie from the Hippodrome and Coliseum in London and Claude Wilson, a Port Arthur favourite. As noted by museum papers, James Whalen, the building’s owner spared no expense in its construction. The first photo above was actually taken almost 20 years after its grand opening (love the mid to late 1930’s cars in front)