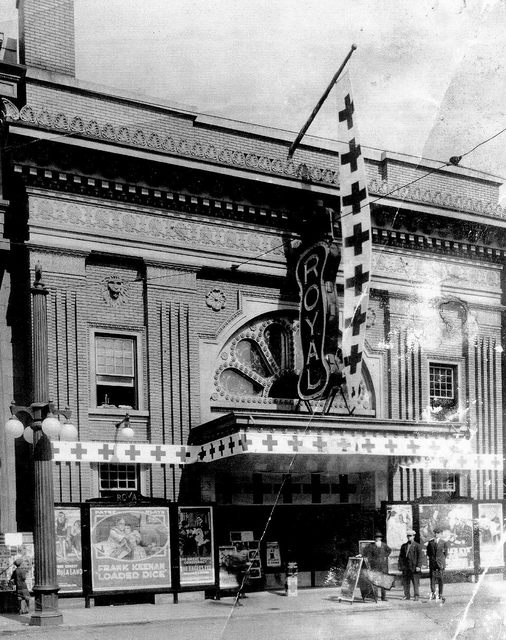 The Royal Theatre photo was taken near the end of WWI in 1918 and was on 407 Victoria Ave. The Royal in the 1950’s was the place where you could bring a quarter and it would be enough to watch a number of serials such as The Three Stooges or Laurel and Hardy or even some Roy Rogers or Hopalong Cassidy, watch a full length feature or two, a bunch of cartoons and would even be enough for a Coke and some popcorn. I don’t have a 1950’s photo but it looked pretty much like it does in this photo. I suppose the red crosses had something to do with the war effort at the time.