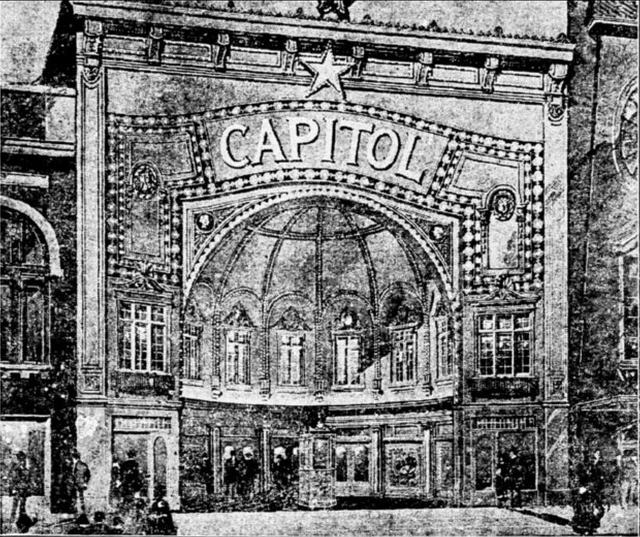 This was the namesake replacement theater for the Capitol Theatre that burned down in December of 1921. A new theater in the Capitol’s old laction was constructed opening in 1924 ( the Circle Theater / Joy Theater). At 1521 Elm was this Bertram C. Hill’s architected 1200-seat theater built for motion pictures for the Popular Amusement Theater operated by Gohlman and Goodwin. Barton organ plus washed air cooling.