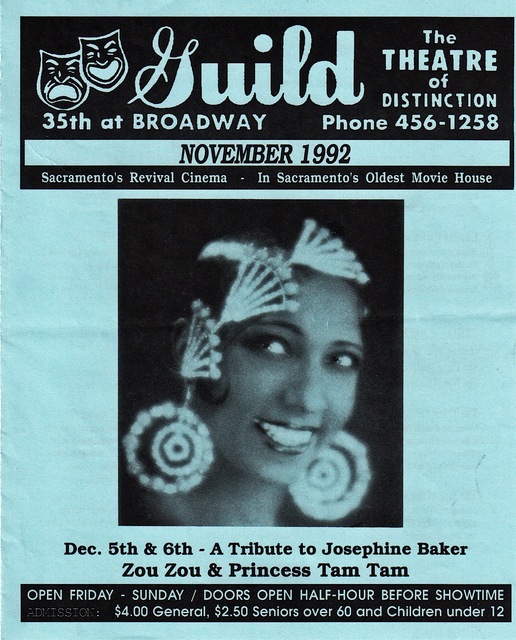 “Bombal & Dunn, Motion Picture Exhibitors” renovated & reopened the Guild in 1992 and played an eclectic mix of classic American and foreign films on Fridays through Sundays. Alas business was not what had been hoped for and the classic film policy was terminated after less than a year. For those of us who fondly remembered the old Guild it was great to see the theatre open again, if only briefly.

This is a scan of the cover page of the November 1992 flyer. In addition to the Josephine Baker double feature shown on the cover other features listed on the inside included double features of “The Smallest Show on Earth”/“Cinema Paradiso” and “The Thing”/“War of the Worlds” (the originals) and a single feature of “The Red Shoes”.