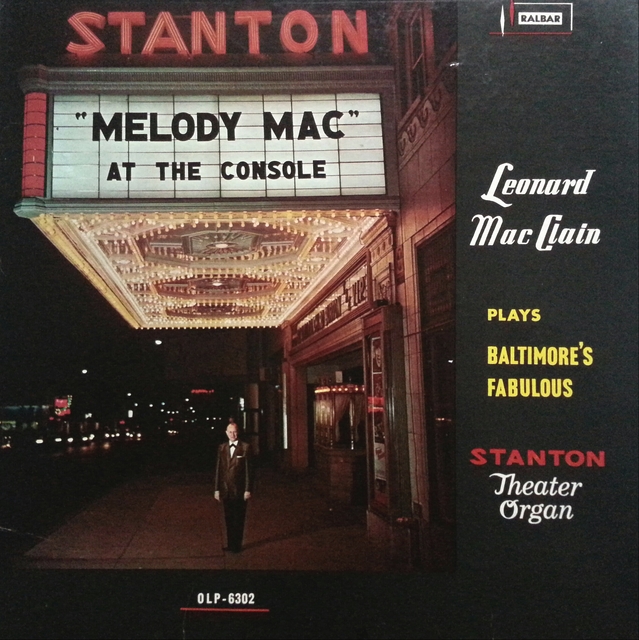 A very rare record album that lets the listener feel the vibrant colors and power of the Kimball organ as played by none the less then Leonard MacClain who wad a very good and talented organist. Dubbed Melody Mac by his fans as he had a very uncanny ability to play a song he did not know, he was scheduled to play 4 organs in 4 cities in 4 theaters that were scheduled for demolition including Baltimore Pennsylvania new york and Washington. This album is the only known recording of the Stanton Kimball and the only known recording inside the Stanton Theatre.