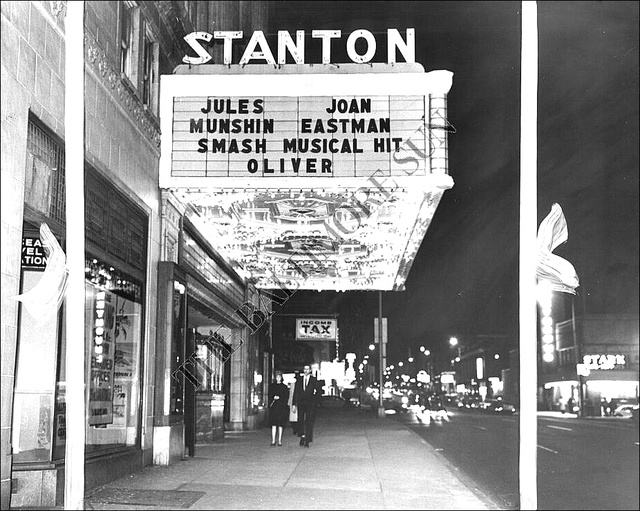 The Very Last Picture Ever Taken Of The City’s Largest And Most Opulent Theatre of all of the Stanley/Stanton Theatre owned by the Stanley Crandall Company and later purchased by Morris A Mechanic. It showed it’s last movie in March of 1965 and for two weeks the play Of Oliver played till the end of a theatrical era that Baltimore would ever come to know. This picture was taken on the evening of April 17th 1965 the next morning demolition crews began clearing out the interior and the Kimball Triple Console organ and began tearing down the most beautiful Theatre in Baltimore. Now a parking lot next to the Mayfair Theatre on Howard St is the only sad reminder of the once beautiful most largest Theatre Baltimore would ever have and has lost. Although the Stanley Theatre is gone as a building it will always live on in the hearts of all who appeared on its stage, the organists who played the organ and who payed a visit to this spectacular palace of theatrical entertainment for 45 years. September 23rd 1927- April 18th 1965.