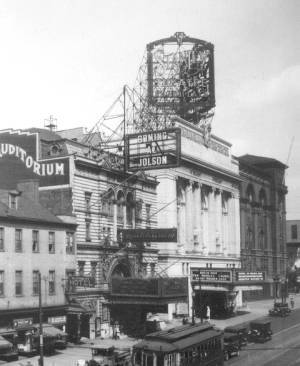 A relic of a time, the wonderful two theaters standing proudly next to each other The Auditorium later Mayfair and the Stanley later The Stanton were quite the buildings back in the days of Vaudeville and Musical Plays and Operas. The Auditorium advertises a Al Jolson hit along with The Stanley showing a musical Play on Broadway. Circa 1930s