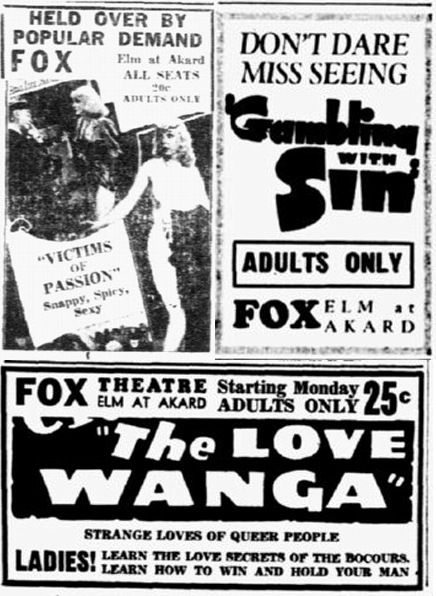 The Fox’s film schedule was lesser known exploitation aimed at an adult crowd as evidenced in these ads. While other cities could boast “fabulous” Fox theaters, the no-relation Matt Fox built theatre allowed the film title, poster, and sandwich board to sell the films more generally instead of advertising campaigns.