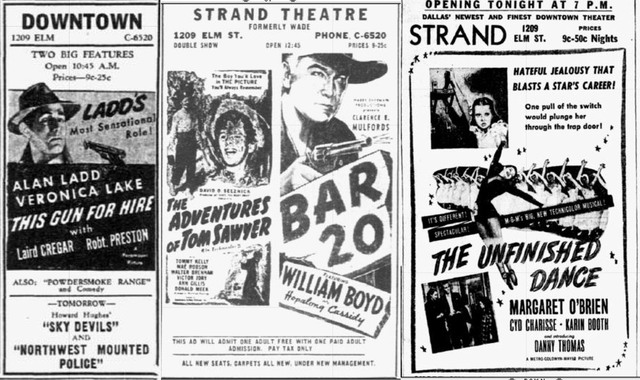 1946/7 saw four different owners of the theater, each with a different philosophy. The Wade was a Burlesque/Theater under Frank Nick in 1946 and was purchased by Wayne Babb who did live theater under the Dallas Theatre nameplate in the Fall of 1946, followed very briefly by new owners and The Downtown then Strand Theatre in January 1947 followed by Joy Houck’s H&B Theaters as the Strand Theater in November 1947. Here are some ads showing the Downtown and Strand Theatre/Theater in 1947.