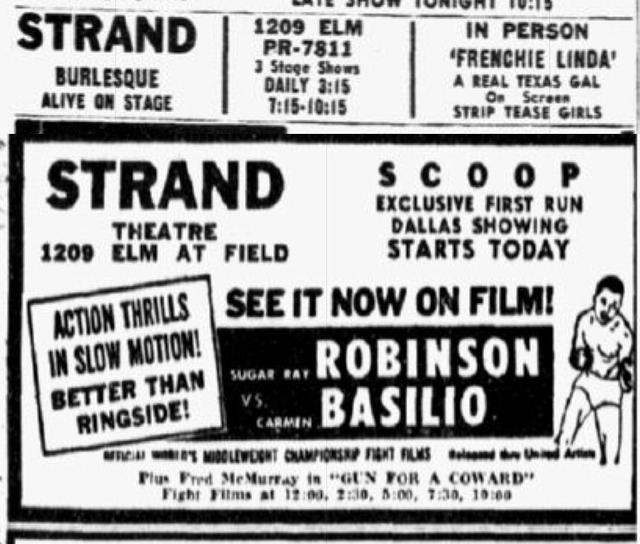 After H&B left the discount double feature Strand, it appears that the last years of the theater were as retail briefly, back to the Wade-centric burlesque days (in the ad at top) and then, finally, in 1957 the theater played third-run movies mixed in with a live and film sports concept (ad at bottom). The theater would close and be bulldozed in January of 1960.