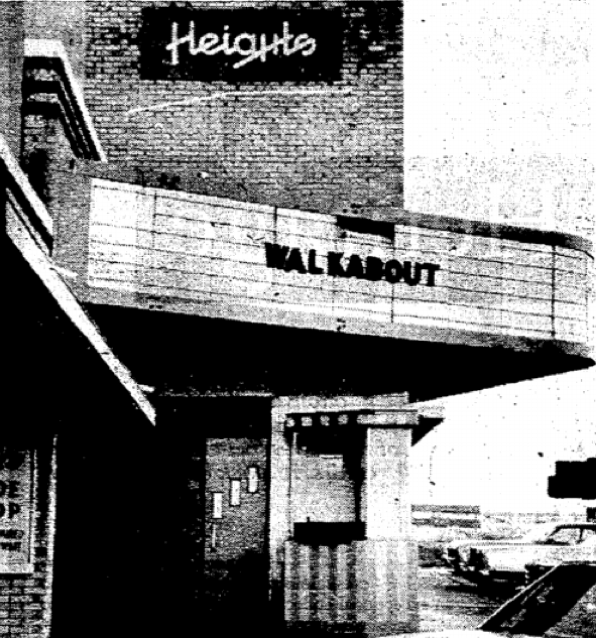 The Heights opened in 1948 and operated as a neighborhood house until closure. Then it became the Capri and showed adult films and closed. Then it became the Borzoi and closed. It returned to its original Heights namesake re-opening with classic films on May 1, 1978 continuing for about five years. This picture is from that final era.