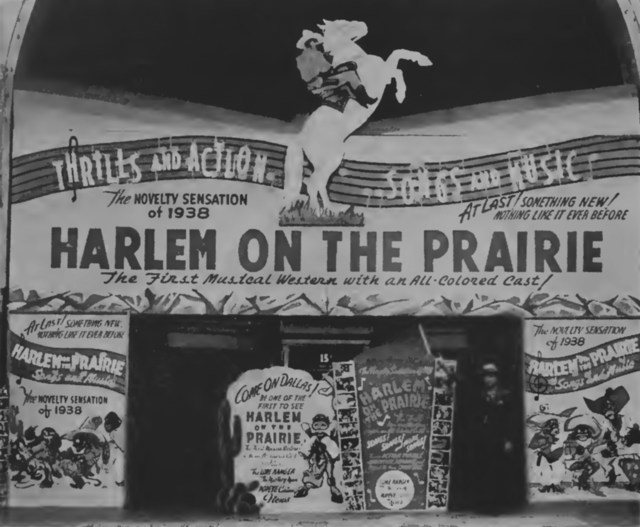 Sack Amusements distributed the Associated Features 1937 western, “Harlem on the Prairie.” The feature was billed as the most profitable African American film to date. Here is a shot of the film playing at the Capitol Theater which was something of a specialist in double-feature westerns in the late 1930s.