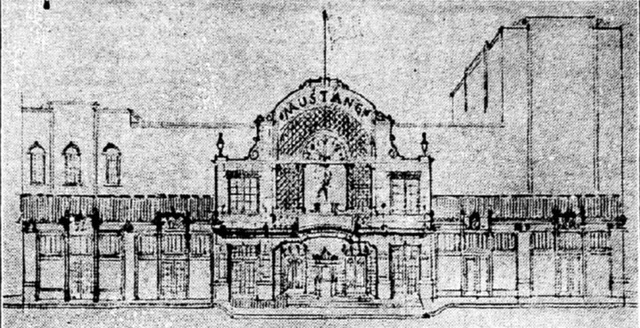 Kind of unrelated yet just a few blocks away from the then proposed Varsity Theater named for the nearby Southern Methodist University campus, R.J. Stinnette of the Capitol Theater was trying to get a theater built and opened on Sept. 1, 1929 prior to the Varsity Theater. His was the Mustang Theater named after the SMU mascot. His $125,000 theater was going to be at McFarlin Blvd. and Hillcrest across the street from SMU’s McFarlin Theater. Ground breaking took place with W. Scott Dunne as architect. And at a city council meeting, the business district zoning was approved but the theater was never built. The Varsity would open in October of 1929, however.